Cardinal Manning on the Sufferings of the Church in Our Day 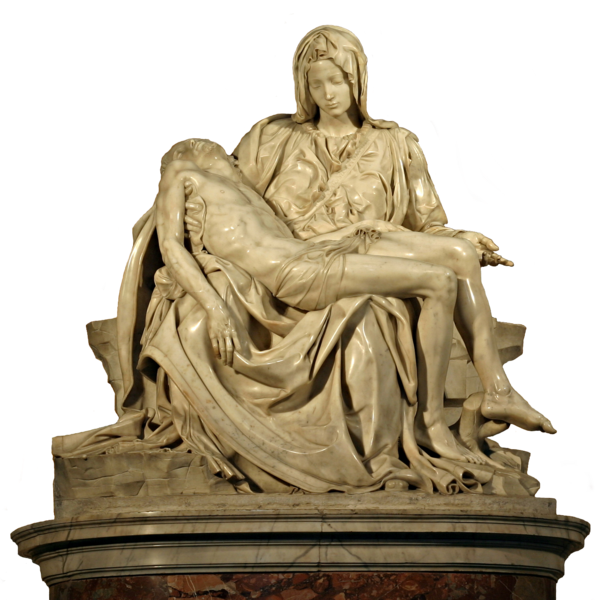 This post is an excerpt from Novusordowatch.org. In order to understand the situation we face, and what the near future probably holds, we must understand its contents.

Lecture IV: Passion and “Death” of the Church

Now, it is against that person [the Pope] eminently and emphatically, as said before, that the spirit of evil and of falsehood direct its assault; for if the head of the body be smitten, the body itself must die. “Smite the shepherd, and the sheep shall be scattered,” was the old guile of the evil one, who smote the Son of God that he might scatter the flock. But that craft has been once tried, and foiled for ever; for in the death which smote the Shepherd, the flock was redeemed: and through the shepherd who is constituted in the place of the Son be smitten, the flock can be scattered no more. Three hundred years the world strove to cut off the line of the Sovereign Pontiffs; but the flock was never scattered: and so it shall be to the end. It is, nevertheless, against the Church of God, and above all against its Head, that all the spirits of evil in all ages, and, above all, in the present, direct the shafts of their enmity….
Now the Church has had to undergo already two persecutions, one from the hand of the Jews and one also from the hand of the pagans; so the writers of the early ages, the Fathers both of the East and of the West, foretold that, in the last age of the world, the Church will have to undergo a third persecution, more bitter, more bloody, more searching, and more fiery than any it has undergone as yet, and that from the hands of an infidel world revolted from the Incarnate Word….
As the wicked did not prevail against Him [our Lord Jesus Christ] even when they bound Him with cords, dragged Him to the judgment, blindfolded His eyes, mocked Him as a false King, smote Him on the head as a false Prophet, led Him away, crucified Him, and in the mastery of their power seemed to have absolute dominion over Him, so that He lay ground down and almost annihilated under their feet; and as, at that very time when He was dead and buried out of their sight, He was conqueror over all, and rose again the third day, and ascended into heaven, and was crowned, glorified, and invested with His royalty, and reigns supreme, King of kings and Lord of lords,— even so shall it be with His Church: though for a time persecuted, and, to the eyes of man, overthrown and trampled on, dethroned, despoiled, mocked, and crushed, yet in that high time of triumph the gates of hell shall not prevail. There is in store for the Church of God a resurrection and an ascension, a royalty and a dominion, a recompense of glory for all it has endured. Like Jesus, it needs must suffer on the way to its crown; yet crowned it shall be with Him eternally. Let no one, then, be scandalised if the prophecy speak of sufferings to come. We are fond of imagining triumphs and glories for the Church on earth,— that the Gospel is to be preached to all nations, and the world to be converted, and all enemies subdued, and I know not what,— until some ears are impatient of hearing that there is in store for the Church a time of terrible trial: and so we do as the Jews of old, who looked for a conqueror, a king, and for prosperity; and when their Messias came in humility and in passion, they did not know Him. So, I am afraid, many among us intoxicate their minds with the visions of success and victory, and cannot endure the thought that there is a time of persecution yet to come for the Church of God….

The first sign or mark of this coming persecution is an indifference to truth. Just as there is dead calm before a whirlwind, and as the waters over a great fall run like glass, so before an outbreak there is a time of tranquillity. The first sign is indifference. The sign that portends more surely than any other the outbreak of a future persecution is a sort of scornful indifference to truth or falsehood. Ancient Rome in its might and power adopted every false religion from all its conquered nations, and gave to each of them a temple within its walls. It was sovereignly and contemptuously indifferent to all the superstitions of the earth. It encouraged them; for each nation had its own proper superstition, and that proper superstition was a mode of tranquillising, of governing, and of maintaining in subjection, the people who were indulged by building a temple within its gates. In like manner we see the nations of the Christian world at this moment gradually adopting every form of religious contradiction— that is, giving it full scope, and, as it is called, perfect toleration; not recognising any distinctions of truth or falsehood between one religion or another, but leaving all forms of religion to work their own way….
[T]here grows up an intense hatred of what is called dogmatism, that is, of any positive truth, anything definite, anything final, anything which has precise limits, any form of belief which is expressed in particular definitions— all this is utterly distasteful to men who on principle encourage all forms of religious opinion….

The next step is, then, the persecution of the truth…. [In ancient Rome] there were all manner of sacred confraternities, and orders, and societies, and I know not what; but there was one society which was not permitted to exist, and that was the Church of the living God. In the midst of this universal toleration, there was one exception made with the most peremptory exactness, to exclude the truth and the Church of God from the world. Now this is what must again inevitably come to pass, because the Church of God is inflexible in the mission committed to it. The Catholic Church will never compromise a doctrine; it will never allow two doctrines to be taught within its pale; it will never obey the civil governor pronouncing judgment in matters that are spiritual. The Catholic Church is bound by the Divine law to suffer martyrdom rather than compromise a doctrine, or obey the law of the civil governor which violates the conscience; and more than this, it is not only bound to offer a passive disobedience, which may be done in a corner, and therefore not detected, and because not detected not punished; but the Catholic Church cannot be silent; it cannot hold its peace; it cannot cease to preach the doctrines of Revelation, not only of the Trinity and of the Incarnation, but likewise of the Seven Sacraments, and of the infallibility of the Church of God, and of the necessity of unity, and of the sovereignty, both spiritual and temporal, of the Holy See; and because it will not be silent, and cannot compromise, and will not obey in matters that are of its own Divine prerogative, therefore it stands alone in the world; for there is not another Church so called, nor any community professing to be a Church, which does not submit, or obey, or hold its peace, when the civil governors of the world command….

The holy Fathers who have written upon the subject of Antichrist, and of [the] prophecies of Daniel, without a single exception, as far as I know, and they are the Fathers both of the East and of the West, the Greek and the Latin Church— all of them unanimously,— say that in the latter end of the world, during the reign of Antichrist, the holy sacrifice of the altar will cease. In the work on the end of the world, ascribed to St. Hippolytus, after a long description of the afflictions of the last days, we read as follows: “The Churches shall lament with a great lamentation, for there shall be offered no more oblation, nor incense, nor worship acceptable to God. The sacred buildings of the churches shall be as hovels; and the precious body and blood of Christ shall not be manifest in those days; the Liturgy shall be extinct; the chanting of psalms shall cease; the reading of Holy Scripture shall be heard no more. But there shall be upon men darkness, and mourning upon mourning, and woe upon woe.” Then, the Church shall be scattered, driven into the wilderness, and shall be for a time, as it was in the beginning, invisible, hidden in catacombs, in dens, in mountains, in lurking-places; for a time it shall be swept, as it were, from the face of the earth. Such is the universal testimony of the Fathers of the early centuries….