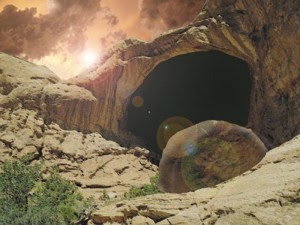 Jesus Christ is God’s only-begotten Son! Jesus is a Divine Being, one in nature with the Father and the Holy Ghost. Born into this world a Man, the Son of the Holy and Immaculate Virgin Mary, Jesus is rightly called the King of Kings and Lord of Lords, before whom all nations should bend the knee in worship. Ponder these inspired words of St. Paul:

“Have this mind in you which was also in Christ Jesus, who though he was by nature God, did not consider being equal to God a thing to be clung to, but emptied himself, taking the nature of a slave and being made like unto men. And appearing in the form of man, he humbled himself, becoming obedient to death, even to death on a cross. Therefore God also has exalted him and has bestowed upon him the name that is above every name, so that at the name of Jesus every knee should bend of those in heaven, on earth and under the earth, and every tongue should confess that the Lord Jesus Christ is in the glory of God the Father” (Phil.2:5-11).

Jesus Christ is the Truth, says St. John, and the Holy Ghost is His witness:

“And it is the Spirit that bears witness that Christ is the truth” (1Jn.5:6b).

The Truth is not something to be discovered. In vain do Novus Ordo Catholics dialogue with those of the false religions to “search for the truth” together. This denies that Jesus Christ, Truth itself, is already among us. So Papa Bergoglio thinks it’s a mortal sin to reject dialogue! So what! If you do not listen to what God revealed, you will believe lies. You will be swallowed up by the deceptions of this world and lose your chance for eternal happiness. Your end will be miserable, your punishment the fiery furnace of Hell for all eternity.

The systems of this world – political, judicial, educational, even religious – manipulate the truth so as to keep themselves in business, and us in the dark. Their “truth” is their latest decrees. Laws are passed approving sin and error, and condemning righteousness and truth. But it was always like that. In the 8th century B.C. the prophet Isaiah warned:

“Woe to you that call evil good, and good evil: that put darkness for light, and light for darkness: that put bitter for sweet, and sweet for bitter… That justify the wicked for gifts, and take away the justice of the just from him. Therefore as the tongue of the fire devoureth the stubble, and the heat of the flame consumeth it: so shall their root be as ashes, and their bud shall go up as dust. For they have cast away the law of the Lord of hosts, and have blasphemed the word of the Holy One of Israel” (Is.5:20,23, 24).

Truth itself was condemned to death among sinners. But Truth could not remain long in the tomb. Truth rose again on the third day, and by the power of the Holy Ghost His Church still lives to uphold His divine teachings. The devil thought he had won the battle when he saw the stone blocking the entrance to the tomb. But his greatest hopes were dashed on the third day when Christ the King arose in glory from His place of rest.

Now the devil, in his all-out war with the Church Jesus founded, again thinks he is winning the battle. Doesn’t he have virtually the whole world on his side? But though small in number, with God, we are in the majority. And we have the Woman clothed with the sun, St. Michael the Archangel, and the hosts of angels and saints. How keen will be the devil’s disappointment when the True Church rises again from the tomb to which she has been assigned.

We have been given the Key to Heaven, our faith. St. John assures us:

Jesus Himself told the Jews:

“All things have been delivered to me by my Father; and no one knows the Son except the Father; nor does anyone know the Father except the Son, and him to whom the Son chooses to reveal him” (Mt.11:27).

Is it really THAT necessary to believe in Jesus Christ? Oh, says St. John! Absolutely!:

Those who believe in the Son will be truly free:

“Jesus therefore said to the Jews who had come to believe in him, ‘If you abide in my word, you shall be my disciples indeed, and you shall know the truth, and the truth shall make you free.’ They answered him, ‘We are the children of Abraham, and we have never yet been slaves to anyone. How sayest thou, “You shall be free”?’ Jesus answered them, ‘Amen, amen, I say to you, everyone who commits sin is a slave of sin. But the slave does not abide in the house forever; the son abides there forever. If therefore the Son makes you free, you will be free indeed’” (Jn.8:31-36).

St. John, Apostle and Evangelist, who has so greatly enriched us with his Gospel and his Letters (Epistles), says it all in this one phrase from his Gospel:

“For God so loved the world that he gave his only-begotten Son, that those who believe in him may not perish, but may have life everlasting” (Jn.3:16).
Posted by Karl Keller at 12:19 PM