The harm to souls done by immodest paintings and photographs: We will be held accountable! 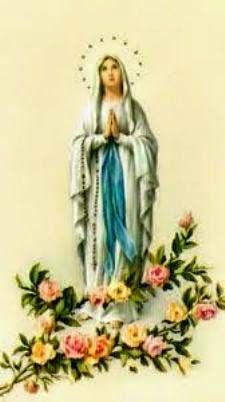 Here is a true story about a soul that visited a religious sister after being sent to Purgatory:
(Taken from Purgatory Explained, published by TAN Books & Publishers)

Those who have had the misfortune to give bad example, and to wound or cause the perdition of souls by scandal, must take care to repair all in this world, if they would not be subjected to the most terrible expiation in the other. It was not in vain that Jesus Christ cried out, "Woe to the world because of scandals! Woe to that man by whom the scandal cometh!" (Matt 18:7).

Hear what Father Rossignoli relates in his Merveilles du Purgatoire. A painter of great skill and otherwise exemplary life had once made a painting not at all conformable to the strict rules of Christian modesty. It was one of those paintings which, under the pretext of being works of art, are found in the best families, and the sight of which causes the loss of so many souls.

Soon, however, renouncing this pernicious style, he confined himself to the production of religious pictures, or at least of those which were perfectly irreproachable. Finally, he was painting a large picture in the convent of the discalced Carmelites, when he was attacked by a mortal malady. Feeling that he was about to die, he asked the Prior to allow him to be interred in the church of the monastery, and bequeathed to the community his earnings, which amounted to a considerable sum of money, charging them to have Masses said for the repose of his soul. He died in pious sentiments, and a few days passed, when a Religious who had stayed in the choir after Matins saw him appear in the midst of flames and sighing piteously.

"What!" said the Religious, "have you to endure such pain, after leading so good a life and dying so holy a death?"

"Alas!" replied he, "it is on account of the immodest picture that I painted some years ago. When I appeared before the tribunal of the Sovereign Judge, a crowd of accusers came to give evidence against me. They declared that they had been excited to improper thoughts and evil desires by a picture, the work of my hand. In consequence of those bad thoughts some were in Purgatory, others in Hell. The latter cried for vengeance, saying that, having been the cause of their eternal perdition, I deserved, at least, the same punishment. Then the Blessed Virgin and the saints whom I had glorified by my pictures took up my defense. They represented to the Judge that the unfortunate painting had been the work of youth, and of which I had repented; that I had repaired it afterwards by religious objects which had been a source of edification to souls.

In consideration of these and other reasons, the Sovereign Judge declared that, on account of my repentance and my good works, I should be exempt from damnation; but at the same time, He condemned me to these flames until that picture should be burned, so that it could no longer scandalize anyone."

If such are the consequences of an immodest picture, what then, will be the punishment of the sill more disastrous scandals resulting from bad books, bad papers, bad schools, and bad conversations?

BEWARE of propagating immodest images for any reason. You could be the means by which souls are damned!
Posted by Karl Keller at 10:30 AM