Fr. Campbell's Sermon where he asks, "What is killing America?" 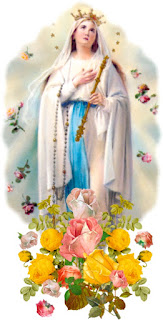 Our Covenant with God is sealed in the Precious Blood of Jesus Christ, our eternal High Priest. As Jesus raised the cup of wine at the Last Supper, He said to His Apostles:

But there was an Old Covenant. What happened to the Covenant that God made with the Israelites at Mount Sinai, when He gave the Ten Commandments to Moses? According to St. Paul, it became obsolete:

“Now in saying ‘a new covenant,’ he (God) has made obsolete the former one; and that which is obsolete is near its end” (Heb.8:13).

So the claim made by John Paul II, Benedict XVI and Francis Bergoglio, that the Mosaic Covenant is still in effect, directly contradicts Holy Scripture. There is only one valid Covenant, to which the individual is admitted through Baptism.

Those who are not baptized cannot be saved, because they have not taken advantage of the amazing offer made by God’s Divine Son, Jesus Christ. I guess it was too much to ask – repent, believe and be baptized. The world has turned away from God, refusing His generous offer of a blessed eternity in Heaven, and has chosen instead the devil’s option – an eternity of unimaginable horror and suffering in Hell.

Why did God find it necessary to establish a new Covenant? Because the Law “given through Moses” had no power of itself to save, whereas “grace and truth came through Jesus Christ” (Jn.1:17). The original Covenant was a provisional one, to be fulfilled with the coming of the promised Messiah. In any case, the Mosaic Covenant was broken and finally rejected by the Jews.

The original covenant is spelled out in detail in Sacred Scripture in the Books of Leviticus and Deuteronomy. God’s blessings would be upon the people if they kept His Holy Commandments. But there would be curses, or woes, punishments for those who failed to keep the Covenant:

“But if you do not heed me and do not keep all these commandments, if you reject my precepts and spurn my decrees, refusing to obey all my commandments and breaking my covenant… I will punish you with terrible woes…” (Lev.26:14-16).

The covenant woes of Leviticus are grouped in four sets of seven chastisements.  If the people failed to repent after the first chastisements, they would suffer seven more severe punishments: “If you do not obey me I will punish you seven times more for your sins” (Lev.26:18).

If they were still unrepentant, they would suffer seven more punishments until God’s patience would be exhausted, and they would have to endure the final set of seven terrible woes. Israel’s ultimate act of defiance against God was its rejection of Jesus Christ as the promised Messiah, which broke their Covenant with God and merited for them the final set of woes. No doubt the Scribes and Pharisees knew what Jesus meant when He invoked the covenant curses upon them, declaring that “all these things will come upon this generation” (Mt.23:33-36).