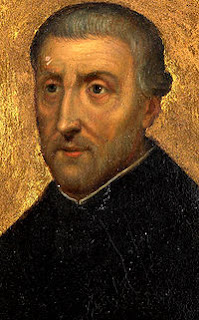 1.      And what is extant in Holy Scripture touching the sin of Sodom and the punishments thereof?
The men of Sodom, says Scripture, were very naught, and sinners before God too, too much: This horrible and abominable sin Saint Peter and Saint Paul do reprove―yea nature herself abhors it―and the Scriptures also declare the greatness of so foul a wickedness, in these words:  The cry of the Sodomites and the Gomorrians is multiplied, and their sin is aggravated too, too much. For which cause the angels speak thus unto the just man, Loth, who greatly abhorred the outrageous filthiness of the Sodomites:  We will destroy this place, because the cry of them hath increased before our Lord, who hath sent unto us to destroy them. Therefore our Lord rained down upon Sodom and Gomorrah brimstone and fire, from out of heaven, and overthrew those cities and all the country about. Neither does Scripture leave untouched the causes which moved the Sodomites, and may also move others to this so grievous a sin. For thus we read in Ezekiel (16:49): Behold this was the iniquity of Sodom thy sister: pride, fulness of bread and abundance, and the idleness of her and her daughters: and they did not stretch their hand to the needy and poor.
And of this vice which can never be sufficiently detested,  they are guilty who do not fear to break the Law of God, yea and the law of nature written in Leviticus, (18.22&23) which is this: Cum masculo non commiscearis coitu femineo, quia abominatio est. Cum omni pecore non coibis, nec masculaberis cum eo. Which sin if it be committed, we are admonished in the same place, that the very earth is polluted with such horrible and abominable lusts, and that God’s wrath is very much provoked against the people, and that the crime is to be punished with death. For which cause St. Paul doesn’t only once rebuke the liers with mankind, but often. He condemns also unclean and effeminate persons. Of which one was Onan son of Judas, who could not escape the present revenge of God, for that he sinned against his own body, and worse than any beast, would violate the honesty and order of nature.
Posted by Karl Keller at 5:20 PM